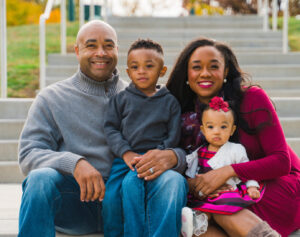 This experience allowed Justin to spearhead statewide initiatives in the areas of criminal justice reform, juvenile justice, social services, and minority economic development. After leaving Governor Quinn’s office, Justin became the Deputy Director of Programs for the Illinois Department of Juvenile Justice (IDJJ). In this role, Justin implemented and oversaw all services and programs within IDJJ’s Youth Centers and assisted IDJJ in pioneering its first youth-focused aftercare initiative.

After eight dedicated years of service with State government, Justin decided to remain in the public sector and work within the Cook County government. This experience included a stint as the District Director for Cook County Commissioner Stanley Moore (4th District), as well as, working in the administration of Cook County Board President, Toni Preckwinkle; first as a Special Assistant in the Bureau of Administration and then as a Legislative Coordinator for the Secretary to the Board of Commissioners.

Representative Slaughter has a Bachelor’s in Political Science from the University of Chicago and a Masters of Public Policy and Administration from Northwestern University.

Justin is a member of Salem Baptist Church of Chicago and a proud brother of Alpha Phi Alpha, Fraternity Inc. A Native Chicagoan, Representative Slaughter was born and raised in the 27 th District in the Brainerd Park neighborhood where he currently still resides with his loving wife, Catrena, and their son, Russell.